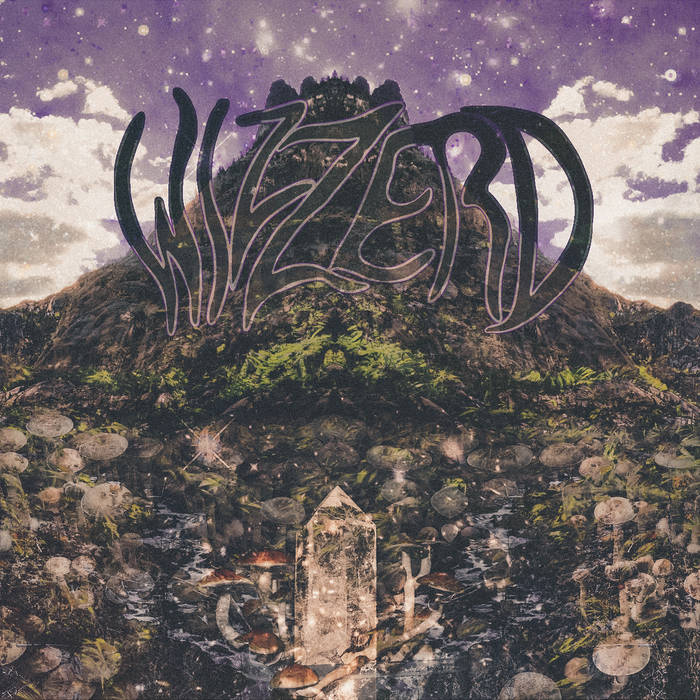 Mike Williams This is a smokin' hot album that makes love to your ear holes, it penetrates you, it permeates your being, it leaves you a sweaty, sticky mess afterwards and you don't mind it at all. In fact, you want to drop the needle on the first track Druggernaut and embrace it all again. Damn, what a ride! Favorite track: Warrior.

chadreptilianfromthestarsystemdraconis Makes me feel like grabbing my wizard staff and smoking from the wizard's pipe hehe Favorite track: Wizard.

Kylie Marie I fell in love with Wizzerd after seeing them live so of course I had to get the album! Favorite track: The Doomed.
more...

A mysterious figure has usurped the throne of the Great King... the lands are in turmoil and people are dying. A plague has spread across the lands, from ocean to ocean... but there is still hope!

Four Heroes, accompanied by an immortal spirit, are on a journey to kill the usurper, end the plague, and save the land. They come from the four corners of Great Gaia's green world:

The Dragon, a fearsome rogue, a legend of his time, he slayed the Grand elder Dragon of the Great Desert bringing a permanent end to the age of fire.

The Warrior, his family was killed in the first siege of the Doomed. Mortally wounded, he dragged himself into the magickal ancient Forest where he was blessed by the Dryad of the Elder Wood to become the protector of the natural world.

The Wizard, an elderly wiseman, a reclusive intellectual known by no name, who wields the power to bend reality. He has witnessed mountains crumble, and Oceans dry. He has seen the Apprentice become the Adversary

The Phoenix, an undying madman, his origin and purpose shrouded in mystery. He has dwelled where the mountain tops meet the moon, and flown to where the sea meets the Sky.

The Wraith, an aeons-old inter-dimensional immortal spirit, whose purpose is to bring about and maintain balance between all realities. He resides within the Æther, observing all of times most crucial events.

The Wizzerd, the evil ruler who has usurped the throne from its rightful king. He is the mastermind behind the devastating plague known as "The Doom." His lust for power, driven by Kæos, has lead him to use his powerful crystal talisman to rob the people of the world of their souls, giving him magickal power beyond comprehension.

Will our heroes bring balance to their world, or will they perish at the hand of the Wizzerd? Tune in to find out...

Recorded and Mixed by Wayne Randall and Wizzerd at Black Magick Studios in Kalispell, Montana
Mastered by Tony Reed at HeavyHead Recording in Port Orchard, Washington

Doom Metal from the Mountains of Montana.

Recording is done at Black Magick Studios in Kalispell, Montana

Bandcamp Daily  your guide to the world of Bandcamp